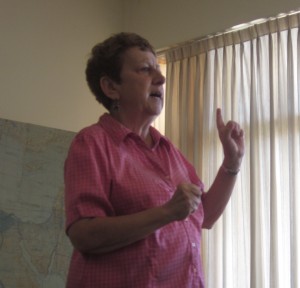 Born in New York City, Dr. Deborah Weissman settled in Israel in 1972. Her Ph.D. is from the Hebrew University on the social history of Jewish women’s education.  She spoke to the Tantur participants on several occasions:

She is one of the founding members of Kehillat Yedidya, an Orthodox synagogue in Jerusalem’s Bak’a neighborhood which integrates Halacha (Jewish religious law) with feminism, tolerance and pluralism. Debbie is involved with Jewish religious feminism, interfaith dialogue and the religious peace movement. Immediate Past President of the ICCJ, International Council of Christians and Jews.