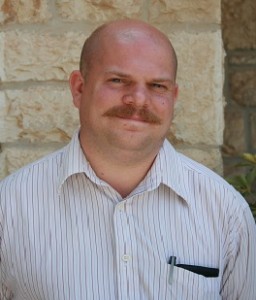 Dan Koski lectured the Tantur participants on October 20 about St. George, the Palestinian saint often depicted as an armed knight, riding a horse and spearing a dragon.  Dan also distributed a handout entitled “St. George and the Land of Palestine.”  He has been interested in St. George his entire life, and especially since he became a resident of Palestine. He is involved in Marketing and Administration at Tantur, helping other staff members with various tasks and programs.  He graduated from the University of Minnesota at Duluth, and has a professional background in Law Enforcement, nonprofits and tourism.  Married to Sofia, a Palestinian Christian from Bethlehem district, Dan is involved with the local Orthodox Christian communities.