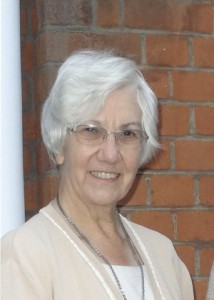 Sr. Bridget Tighe, a member of the Franciscan Missionaries of the Divine Motherhood, is Executive Director in Gaza of Caritas Jerusalem..  On November 23 she shared her reflections on “Gaza: A View from Inside.”  For many years she worked as a nurse and midwife with Palestinian refugees in Jordan. Later she was Founding Principal of the Margaret Beaufort Institute, a theological college for Catholic women associated with the University of Cambridge. After that she was vice rector in Tantur for five years followed by Regional Leader of her congregation in the UK.