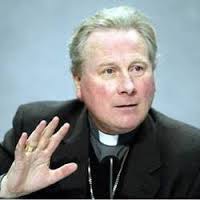 Archbishop Michael L. Fitzgerald, M.Afr. was trained in theology, and then in Arabic and Islamics, with emphasis being put on Islam as a religion. He spoke to the Tantur particicpants about:

After Archbishop Fitzgerald  moved out of academic life, he was first involved in the general administration of the Society of Missionaries of Africa, to which he belongs, and then became a member of the Pontifical Council for Interreligious Dialogue in the Vatican. He ended his service of the Holy See as its representative in Egypt and to the League of Arab States.