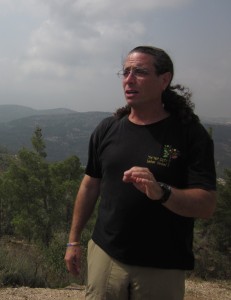 Jared Goldfarb is a native of New Hampshire who moved to Jerusalem in 1996 not long after completing his degree in Russian Theater at Brandeis University.  He studied at Machon Pardes, the Hartman Institute, and the National Tourguide Course, then served for 8 years as the Program Director of Ta Shma: Pluralistic Jewish Learning.  Jared led us on several occasions:

He now works as a freelance Jewish/Israel educator for numerous institutions around the country.  Besides working as a tour guide, he calls himself a theatre addict, an avid biker, and an environmental activist.